Udaipur, 2 January 2023. Vidya Pracharini Sabha Bhupal Nobles’ Sansthan entered its 101st year completing its centenary academic journey. On this occasion, Panchkundiya Yagya was performed according to Indian tradition, in which along with world peace, along with human welfare, everyone’s progress was wished. After this grand cultural programs were organized in the premises of BN Girls College. At the beginning of the program, Acting Chairperson Vidya Pracharini Sabha Kunwar Pradeep Kumar Singh Purawat and the guests lit the lamp in front of Maa Saraswati and sang the song. At the beginning of the program, Dr. Mahendra Singh Rathod Agariya, Minister of Vidya Pracharini Sabha, Bhupal Nobles’ Sansthan, while welcoming the guests and presenting the outline of the development of the institution, remembered those pious souls whose dedication with their body, mind and wealth Starting from the students, this institution has been making a great contribution in the priceless sacrifice of education in university form with many thousands of students in 100 years through publicity and light. Giving blessings, Gurumaiya Bhuvaneshwari Devi of Shri Kulam Ashram gave best wishes to all the management, teaching staff and students of the institute on this achievement and wished God for the continuous and progressive progress of the institute and said that pure knowledge and love in the students God can be worshipped.

While giving speech as the chief guest, Vice Chancellor of Janardanrai Nagar Rajasthan Vidyapeeth Deemed to be University and alumnus of the institute, Colonel Shivsingh Sarangdevot, stating that the contribution of all the hard working aspirants and workers of the institute on this achievement of the institute is unforgettable,said that the alumni This institution, run by 100 years, is entering its 101st year, undoubtedly it is an important festival for any institution and this achievement is a historical achievement. He said that it is very important to get good ideas and all the successes can be achieved only on the strength of eloquence and public behavior. Bhupal Nobles’ has been imparting such education for the development of humanity and divinity since a century. As a special guest, the President of Old Boys Association, Prof.  Ekling Singh Jhala  expressed his views and happiness over this centenary achievement of the institution and said that the Old Boys Association organizes various activities throughout the year in the interest of the students, in which meritorious and needy students are encouraged by giving scholarships. Students become successful by giving everything in their favorite field with enthusiasm along with education and culture. As another special guest, Vice Chairman of Rajasthan Higher Education Council and Finance Minister of the institute and alumnus Dr. Dariyav Singh Chundawat, recalling his memoirs related to the institute, said that students should work with proper target setting and time management. needed. Only then they can achieve success.

Mohabbat Singh Rathore, Managing Director of the Institute, while mentioning the historical context of the beginning of the Institute in 1923, underlined the academic achievements of the institution and its development and presented a detailed report on the series of 100 programs organized throughout the year from January 2, 2022 for the Centenary Festival. Done and told that the series of Centenary Festival programs will be completed by Bhupal Jayanti. While saluting all the great menwho directly or indirectly helped in this centenary journey of the institute, he expressed his gratitude towards all.

After this, colorful grand cultural presentations were given by various units of the institute from Udaipur, Salumber, Rajsamand. In which, through folk dance, folk songs, fancy dress, regional events etc. colorful costumes, and dancing steps with rhythm, brought alive the culture of unity in India’s diversity on one stage, such as from Kashmir to Kanya Kumari. And the culture from Rajasthan to Bengal became one with the warmth of the midday sun with the redness of the evening.

In this sequence, a blood donation camp was organized by the Old Boys Association and a friendly volleyball, cricket and football match was also organized. Some of the alumni in pharmacy also came from Canada, Australia, Saudi Arabia and different parts of India. 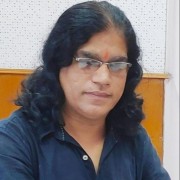